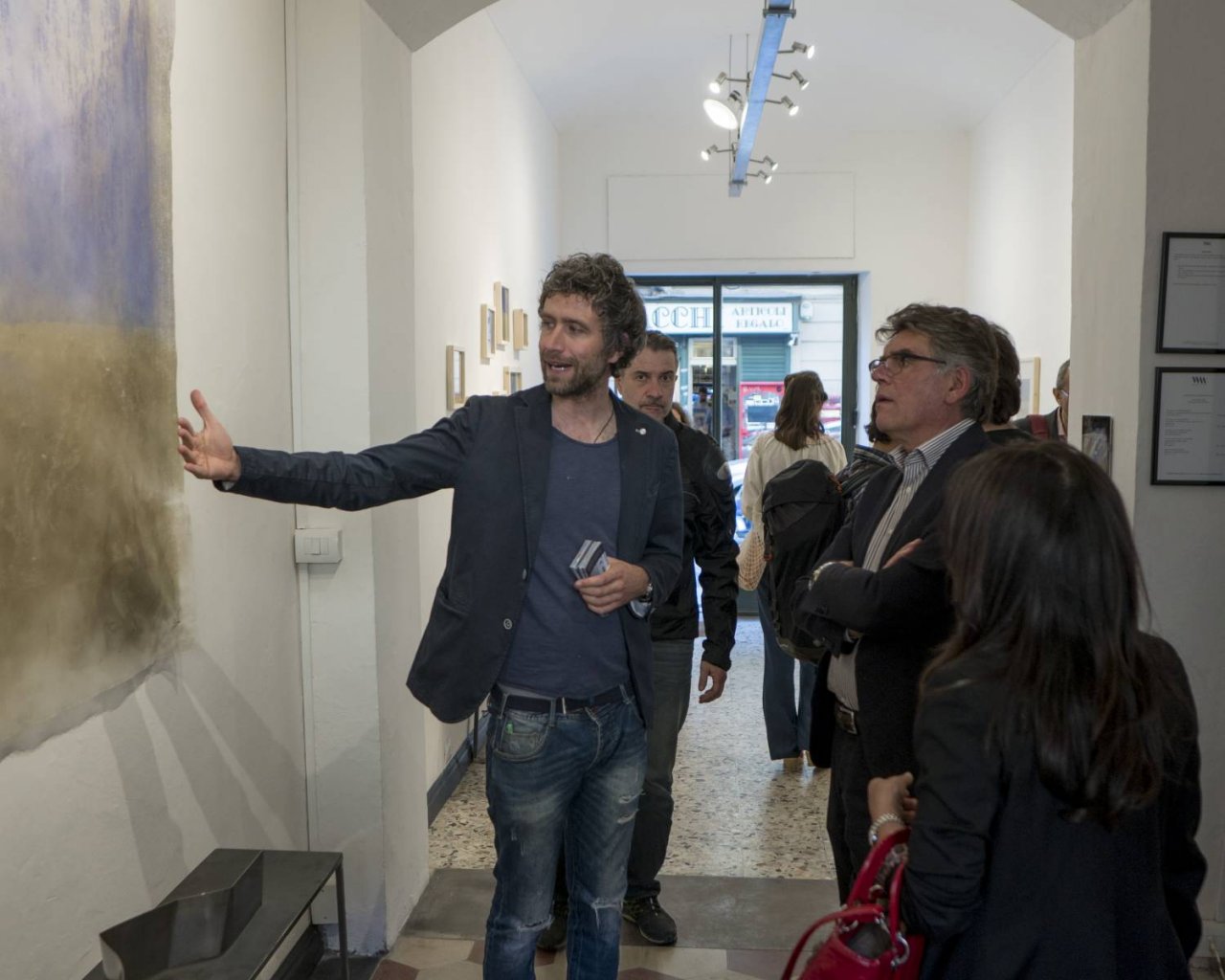 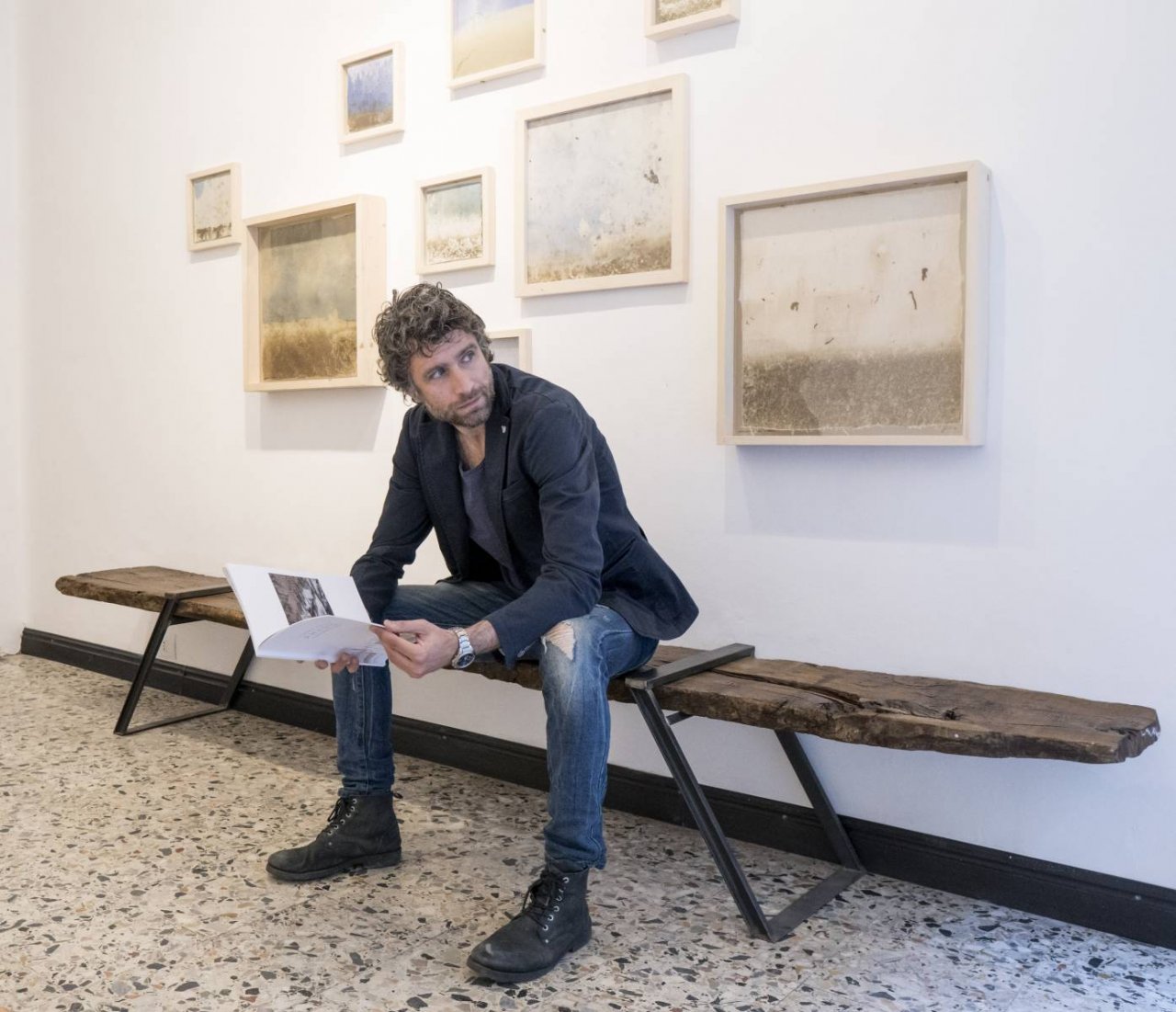 Press release – May 21st 2019 | Water is that element that most of all is capable of connecting the biological aspect of science, the spiritual aspect of religion and the evocative one of art.
For this reason the artistic work of Roberto Ghezzi is both fundamental and crazy, in one mixture of method and vision, symbolized by the “cathartic” and mystic rite of immersion.
A practice, that of Ghezzi, able at the same time to bring us back to the origin of our species and of the Earth and to herald our inexorable destiny as destroyers.
His Naturographies, this is the name that the artist has given to his works, are the result of a procedure that settles over time, just as the debris stratifies on the canvas once this was immersed in seas, rivers, lakes, rice fields, springs, to then be left to collect how much water and air had to deposit. The result of this work on the surface of the fabrics are paintings that the artist has set over time and that do not declaim but testify.
No lyricism, no inspiration: a portion of the physical world, dirty and alive, the fluid of the Earth picked gently.
Wild Mazzini hosts the solo show “Naturografie: alla data sources”, whose inauguration is in program Thursday, May 30 at 6 pm in Via Mazzini 33, finding in the work of Ghezzi continuity
with the theme of the exhibition season – Ex Machina – characterized by solutions between art and design
able to project beyond the data (in this case biological datasets) towards a more understanding general reality, showing us with calm clarity what we all know, but which we foolishly neglect the world we inhabit: we are guests of it.

The exhibition is enriched by the autogenerative sound installation The Quietest Voice by Riccardo Tesorini, designed to dialogue with the Naturographies and based on a stroke rewriting system
from the formalization of plant growth. (L-system) The algorithm operates according to this principle the “voices” of the composition in an autonomous manner. The sound result is managed through
of sound exciters that instead of producing sound through air like normal speakers, yes they serve instead of a surface to put into vibration, thus producing a unique sound strictly site-specific, which responds to the artist’s desire to grow and die his own music according to the principles of natural growth, adapting to the place appointed for installation. 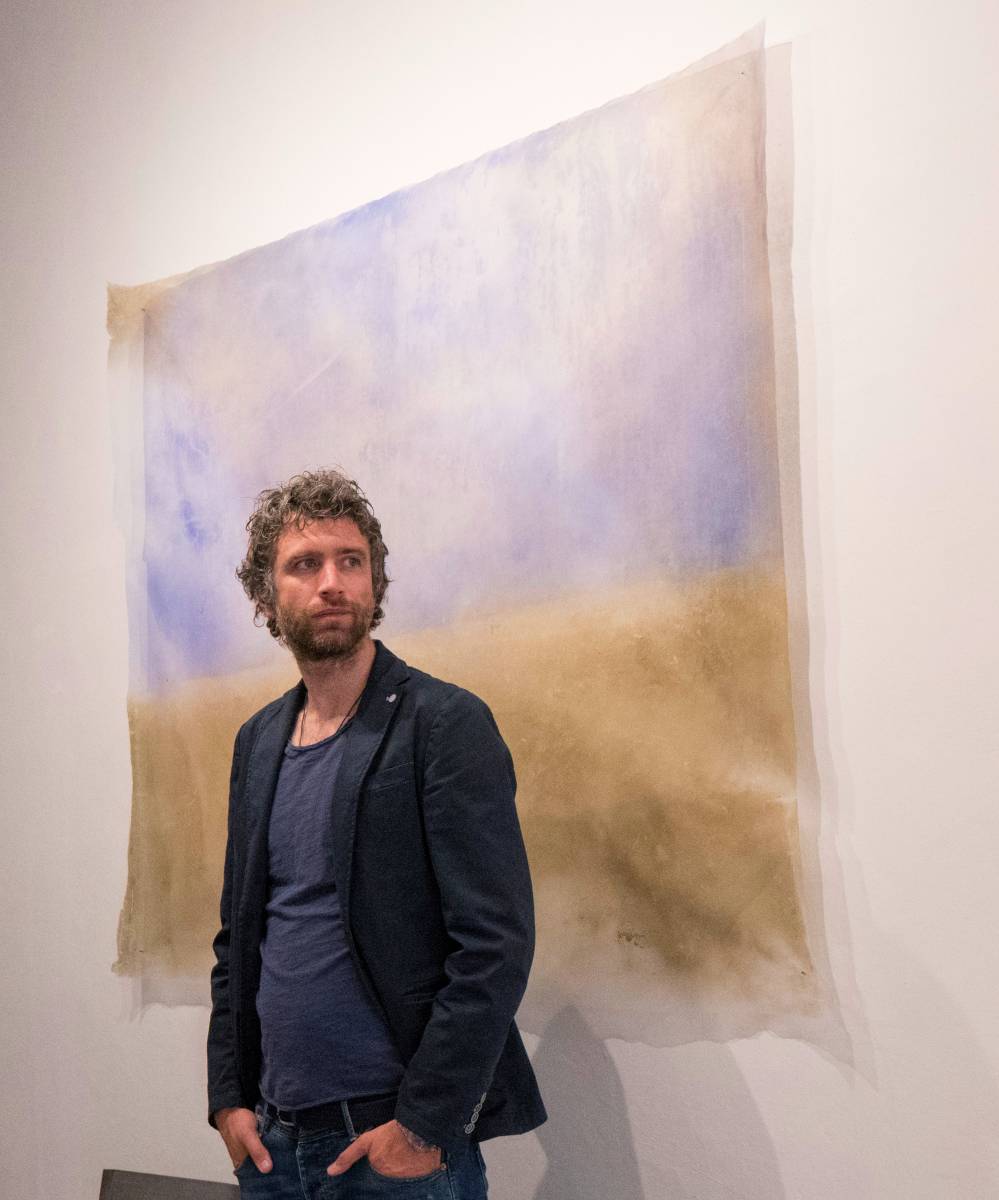 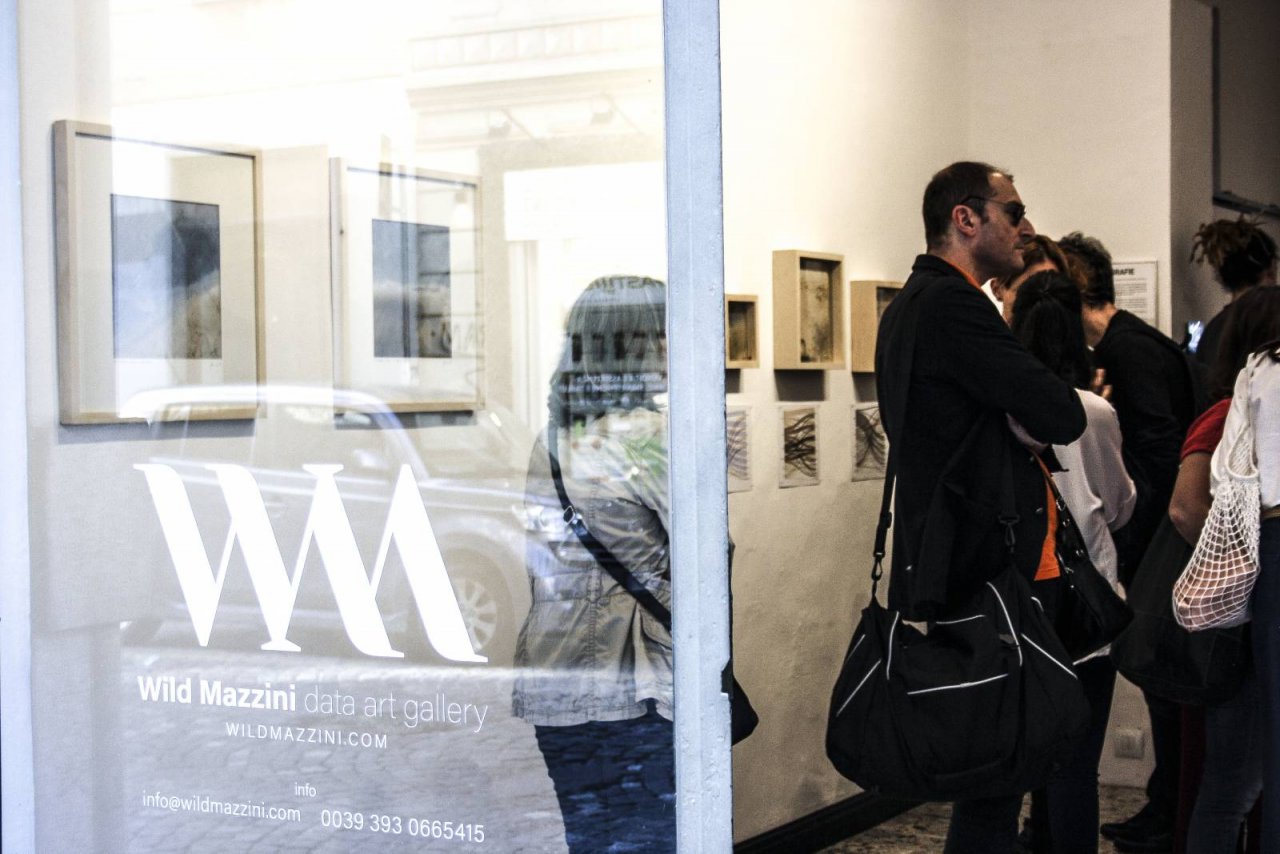 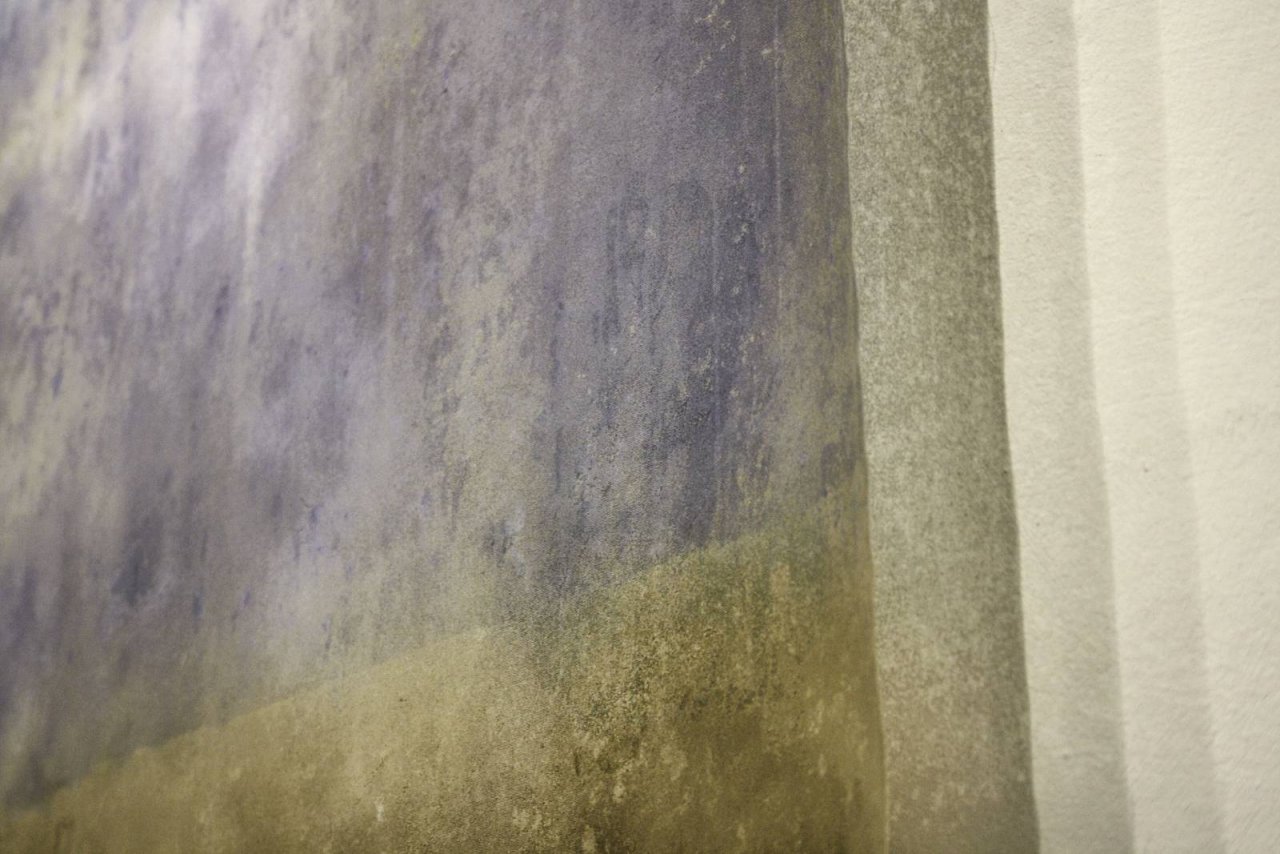